My Pretty Long Road from Being Miserable to Happiness

by Esther de Charon // in self love, vulnerability

My Pretty Long Road from Feeling Miserable to Happiness

In my first year at the University of Amsterdam, I participated in research about young women and their smoking habits (yes, I know...).

We were a randomly chosen group and had never met before. We were told to talk (and smoke) while being observed. Quite a pleasant research actually. We were talking about our studies, our future plans and our lives in general.

After a while, one of the researchers came in asked: "Well ladies, can I ask, what are your plans for the future? Where will you be in 5 years?"

And the entire group of women answered: "In five years I will be happy”. The young man in his grey suit was taken aback by this unison answer and asked: "But what about jobs, relations, study, money?"

But we were adamant and claimed that we had no control over it, but Being Happy was what we wanted.

The dark days that once were

I had no clue about all the unhappy, days, weeks, months, and years that would follow shortly. The serious depressions that followed me wherever I traveled.

But I had one goal. I wanted to feel happy.

I just did not know how to do it.

I had psycho-therapy for years, which relieved some of the worst depression. I read every self-help book that had ever been on the market. I traveled for months on end, I went clubbing in the hippest and happening places, I studied, I tried romantic love for one night or a month, I tried all kinds of therapies from Feldenkreis to some pretty unorthodox New Age stuff.

Did it work? Yes, it did…A bit. Until the next wave of bitter disappointment about who I was, the self-hate, came washing over me. Leaving me powerless against life itself.

Then there came a turning point. Just a glimpse, but still some great insight. As a single woman (really, I was not much fun to be around for more than a couple of months) I was constantly on the lookout for a guy to fall in love with.

Somewhere at the beginning of summer, I thought I had found a new objet d’amour. Someone convinced me that he liked me too.

I persuaded a mutual friend to check it out for me. I was in a particularly fragile state back then. I had just lost the job that I had loved so much, my future was insecure, my mother refused to talk to me, and I felt utterly alone.

I waited at home by the phone (no cell phones in the good old days) in arm reach of my phone, praying for a positive answer.  And then my friend called me and told me that my Object of Love indeed liked me …as a friend.

I was swallowed by a black wave of despair, it made me almost sick to my stomach. Newfound love would have been a wonderful escape out of my depression (or so I thought).  Daydreaming about this brand new relationship was a great distraction. Because admitting how miserable I really felt was a Big Fat No Go Zone.

After the phone call, I could not stand being in my house anymore and fled outside. "As long as I keep on moving, I will not feel this pain", I thought. But then, when I entered the Albert Cuyp, the biggest market in Amsterdam, I had a lightning bolt moment. 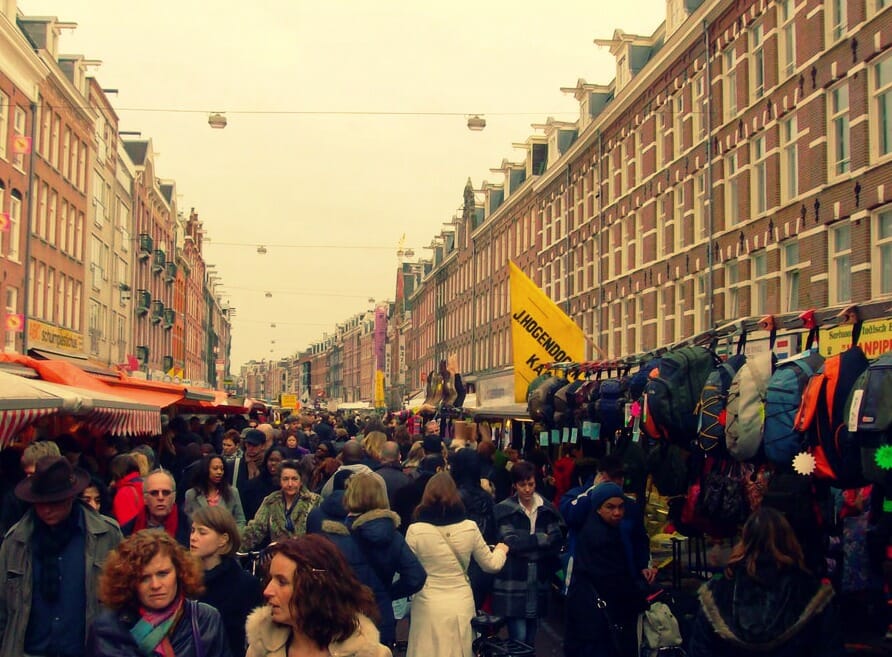 Roaming the streets like some mad woman, looking for any distraction to not feel the pain. And a voice somewhere deep in me spoke: "I am hurt, I really liked this guy, and him not liking me back is painful. But it hurts way more than it should. I am deeply, deeply saddened”.

This was not the normal voice. Because that was the voice that talked to me from dust to dawn: „I don’t care, stupid guy, I hate him, I hate me, I am extremely ugly, and fat, of course, nobody will ever love me, I must be the most unlovable person out there, I hate the world, I might as well be dead, nobody will miss me when I am gone, the world will be a better place without me.”

No, this was something completely different, and it was the first time I could physically feel the pain. It washed through me like an avalanche of sorrow, cleansing all the anger and self-hate. Then there was silence. Just silence.

It was the very first time I could simply BE with my pain.

A growing sense of reality towards happiness

Wouldn’t it be great if I suddenly was happy and remained so from that moment on? So sorry to disappoint you.

You see, I was totally accustomed to the act of Looking Outside for Some Form of Happiness”. I would not have recognized happiness if it had bitten me in the ass. I kept on traveling, dancing, hoping, and doing stuff. Anything to fill the void.

But I always carried a little card with me with the text: There is no way to happiness, happiness is the way. I couldn’t quite figure out what it really meant. But I knew it was true.

Some years after the light flash on the market I 'found' my way to a Buddhist shrine room, sitting on a meditation cushion my eyebrows almost disappeared under my hairline. I was ready to attack. Too much silence, no way out…and those goofy, kind sangha members…really!

But I knew I had to be there. In a way, I recognized the feeling I had had on the Albert Cuyp Market in Amsterdam. Being on the cushion meant that I was reassembled with my complete being.

I just had to be WITH all the madness, the anger, the sorrow, the need for instant change.

NOT running away from it.

It took me more than 38 years to figure out that Happiness IS the Way. That The Only Way I could experience sustainable happiness was by embracing myself unconditionally and see all my monsters in their weary little eyes.

SO...Am I some sort of Wise Saint?

Nowadays I remain stable happy in an unstable world. Am I some sort of Wise Saint? Ask my friends and family and they will fall over themselves with roaring laughter. Because I am nothing of the sort.

I can be pretty angry, I've got a very short fuse, I want my husband to say: "Wow, you did an amazing thing, cleaning the living room, well done, you!", I worry about a lot of things and I've got a lot of prejudices.

I am happy, I can kindly laugh about all my mistakes, I love my life, every little aspect of it, I love my work and everybody involved in it, I think my clients are awesome and I am so proud of them.

Even though it took me the biggest part of my life to get where I am. It was worth it.

Every minute of it.

Because every second counts. 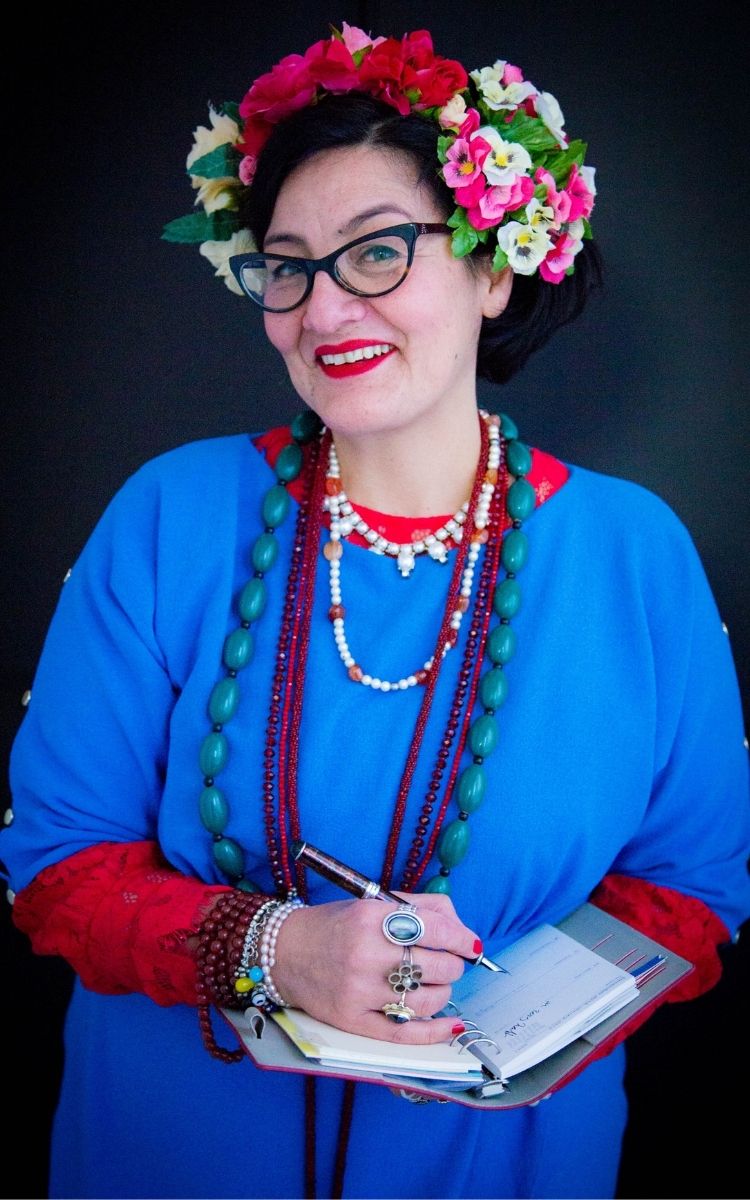 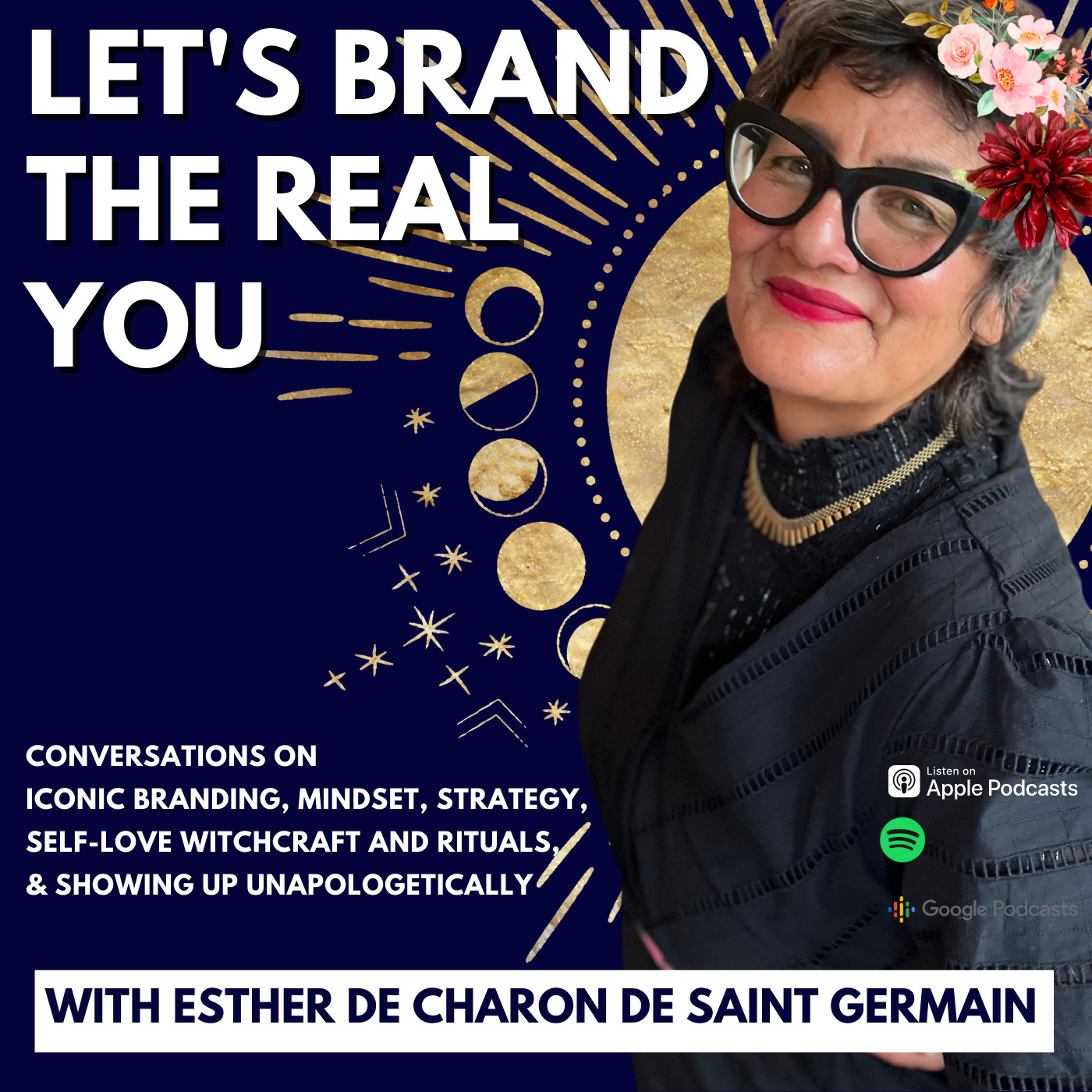 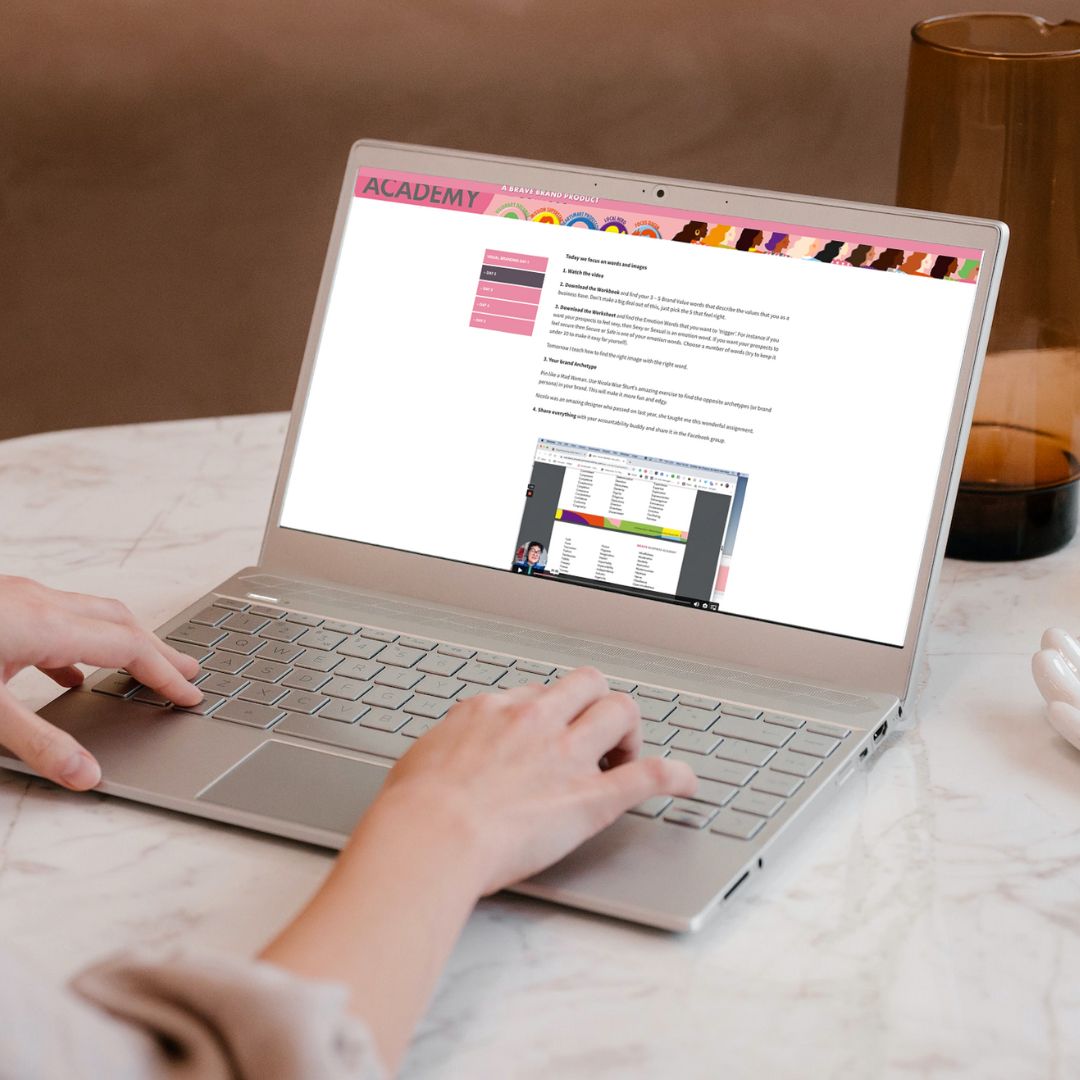 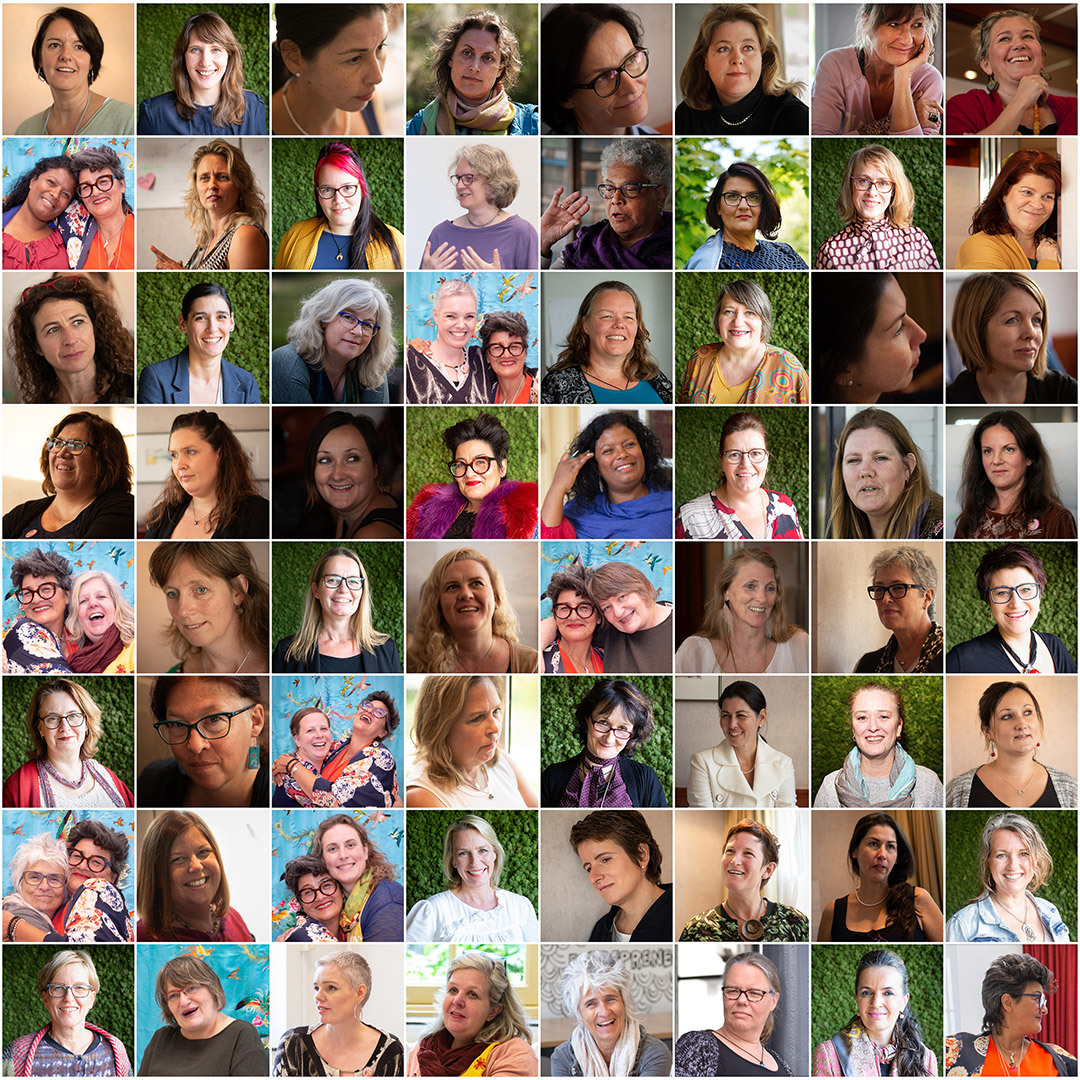