A. Thank you for asking. Here is the short version.

I'm a transformational business coach, I am a Self-Love advocate, bestselling author and the founder of the Selflovepreneur movement that supports women entrepreneurs to grow their business from the inside, using the power of Feminine Entrepreneurship.

The Selflovepreneur movement started with The Wonderfully Weird Woman's Manual in 2016 and has grown into an international movement of amazing female entrepreneurs who are brave, smart, sensitive, multi-passionate and way too special to fit the traditional masculine power business structure.

I help entrepreneur grow their business in a holistic and organic way, through transformation and embracing their feminine power. They make money doing what they love the most - by loving all of themselves and by elevating their presence. My clients are done with generic run-of-the-mill courses. They want - and deserve - a personalized approach where 'Who They Really Are' are the center of attention. 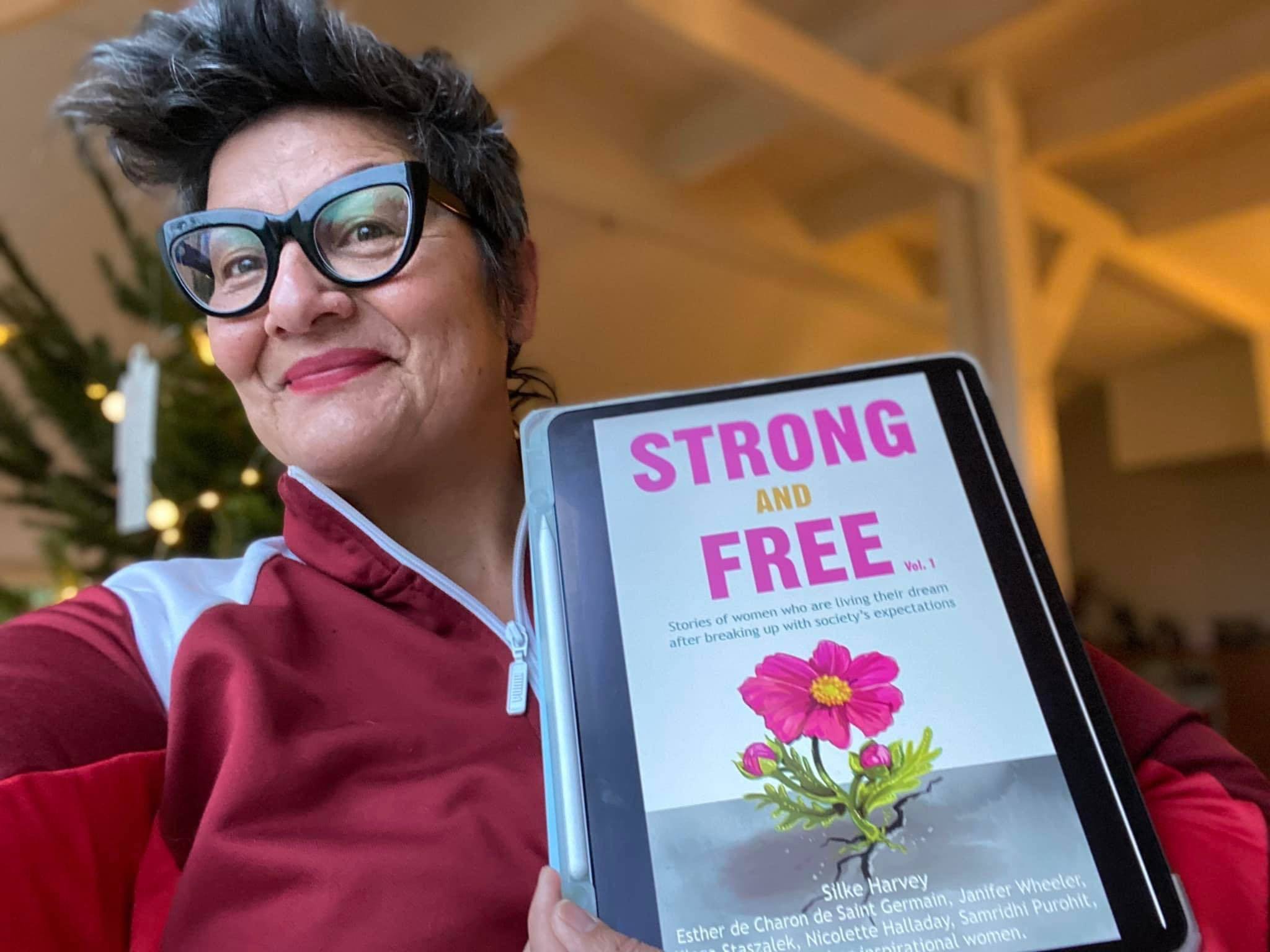 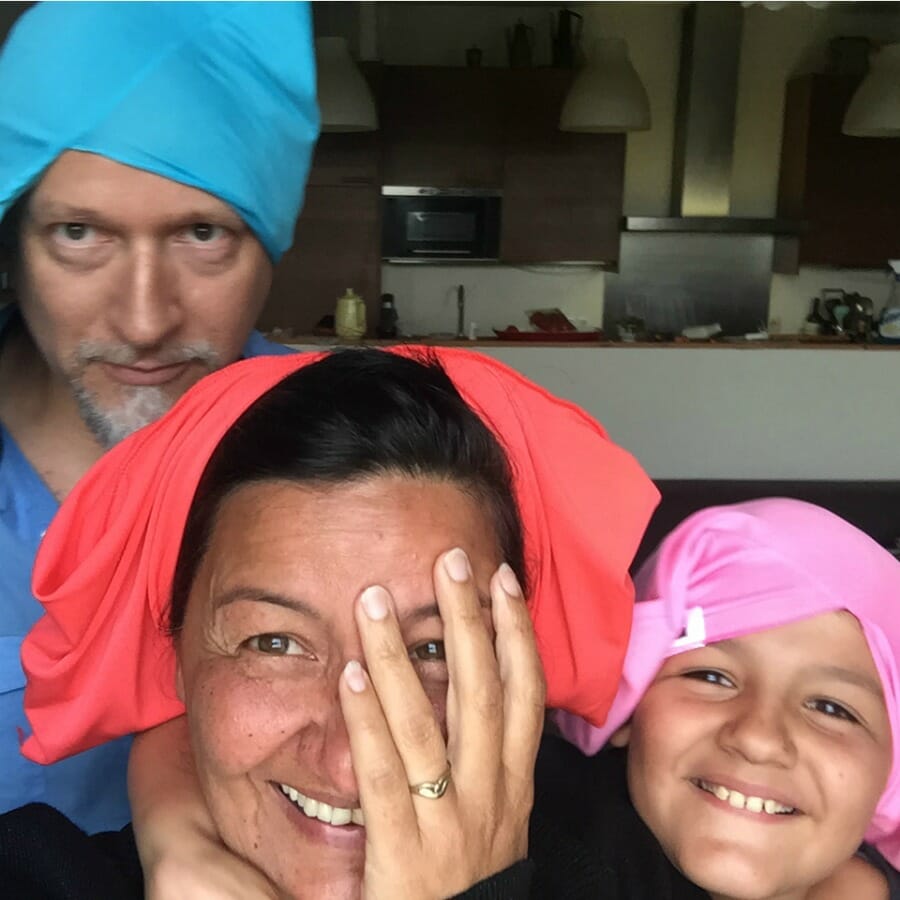 Mother of Abe, Wife of Rik 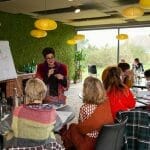 Q.2 WHAT'S WITH ALL THE SELF-LOVE AND FEMININE ENTREpreNEURSHIP?

At this moment women are launching businesses at much higher rates than men.

But studies also show that we are less happy and more lonely, more depressed and unhealthy than we ever have been.▶︎  1 in 2 Women worldwide feel more self-doubt than self-love. The top causes of low confidence among women entrepreneurs are: financial status (31%) and feeling they are not making progress towards the things they want in life (23%).▶︎  Over 20% of women are on antidepressants. And that doesn’t count those of us who almost permanently feel unhappy and unfulfilled.▶︎  Around 26% of women have reported increased stress after starting their business, with nearly a third having nightmares about their business failing.▶︎  Statistics on women entrepreneurs show that women are less optimistic and less confident when it comes to sales growth, earnings per share, and the number of employees compared to their male counterparts.▶︎  75% of us have an unhealthy relationship with food or our bodies. That figure doesn't include those of us who look into the mirror and see 'old, fat and unappealing' . That figure is up to 97% percent.▶︎  6 out of 10 women are experiencing financial stress so bad that they can’t sleep at night (and we both know the cost of not sleeping at night!)▶︎  Even though we’re starting businesses all the time, a staggering 88% of women never breakthrough the six-figure barrier.

Let this sink in. It's incredibly painful. And it's time for change! 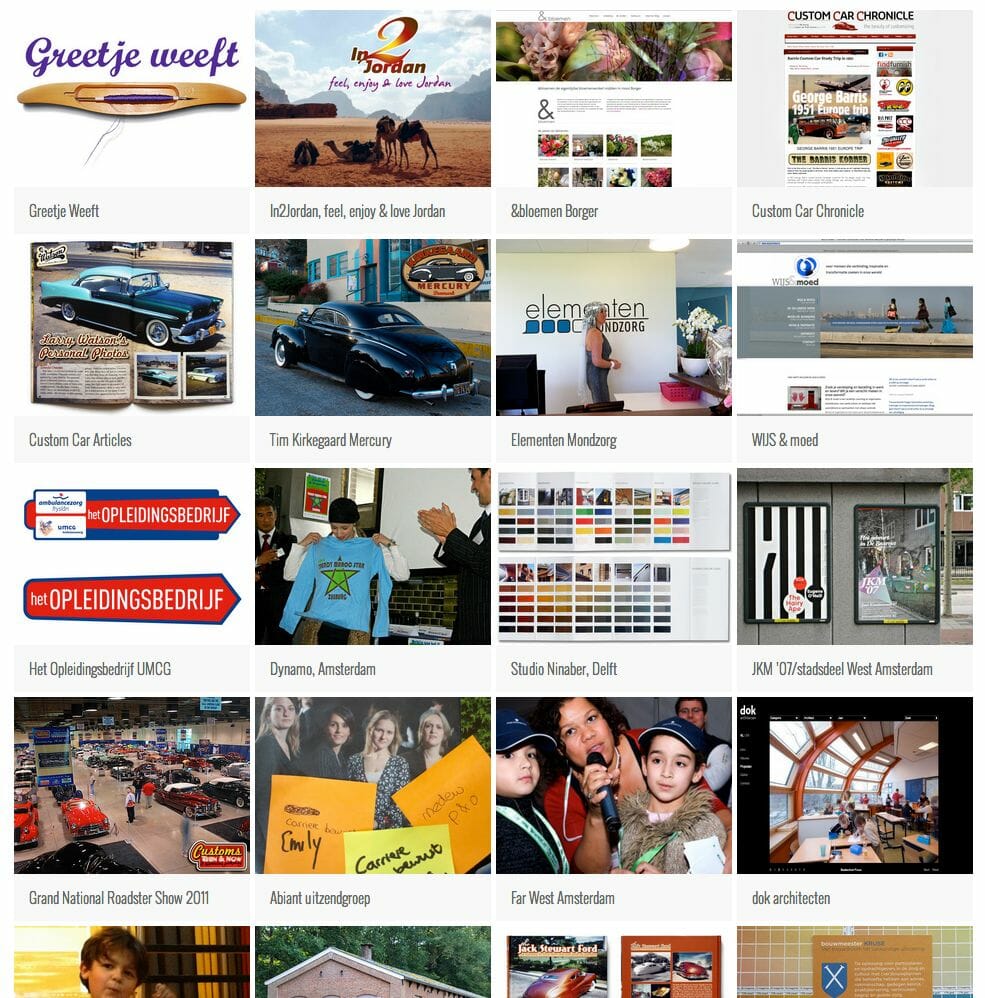 Clients my Agency worked with

Q.3 TELL ME ABOUT YOUR WORK EXPERIENCE

A. I'm a certified Transformational Coach, as well as Branding, Marketing, Communication and Design expert. I'm also an Art Historian (my thesis was about Avant garde Art in Indonesia)

I’ve got a 25 + year corporate track record in the field of International Culture, Arts & Design and as consultant and manager with brands like KLM/AirfFrance, ING Banking, the European Union the Red Cross and small social brands.

I know the online business world like the back of my hand and I'm sort of a new media freak - I can make websites with my eyes closed.

I'm an introverted catalyst, a loud-mouthed introvert. A highly sensitive person who happens to be a very intuitive empath. A multi-racial woman of color (Indonesian, Swiss, German and a tiny bit of Dutch).

A buyer of way-too-many art supplies and books (raise your hand when that's you too), a quick-witted, very smart creator, and very often the Odd-One-Out. 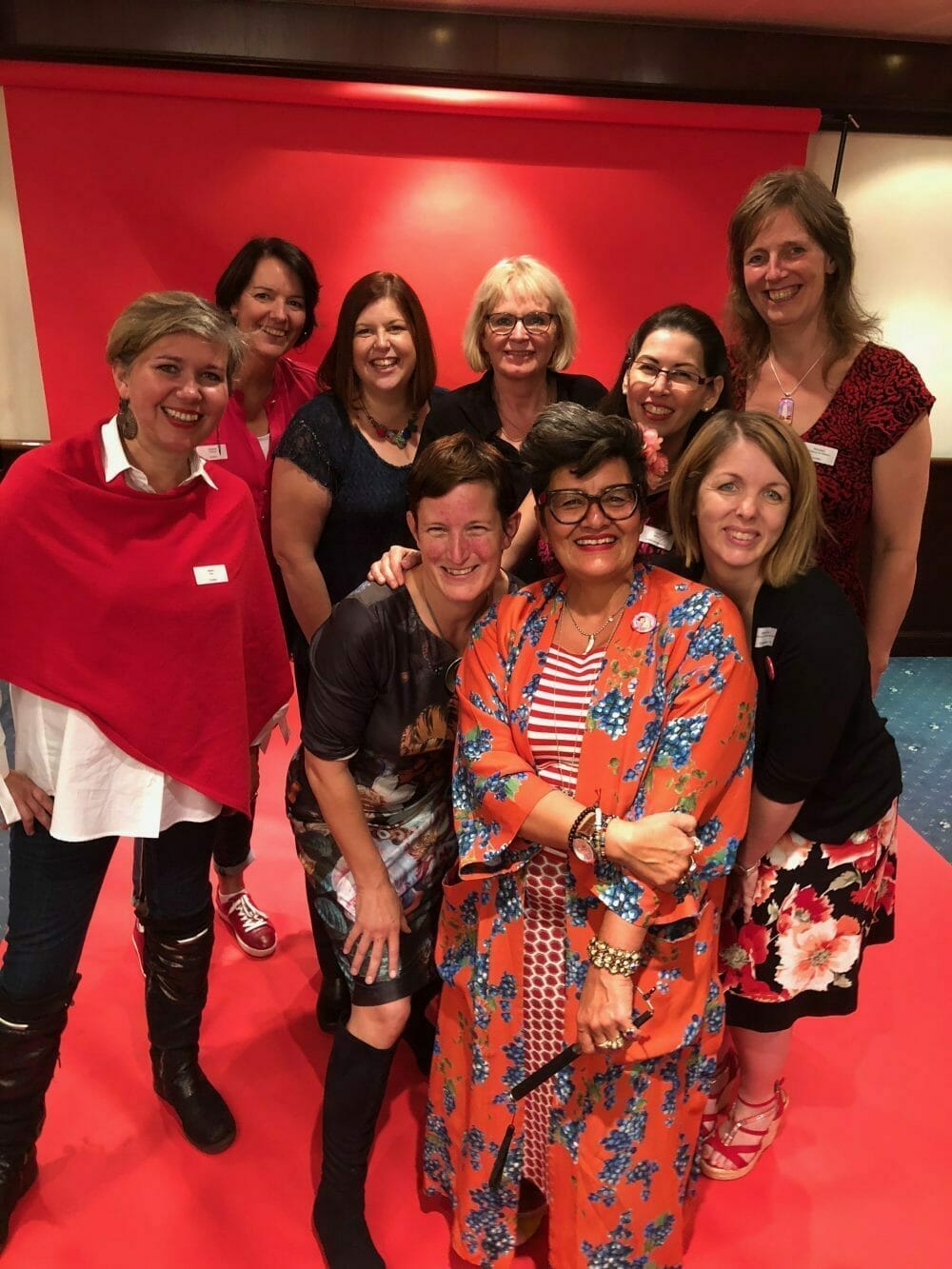 Clients I worked with 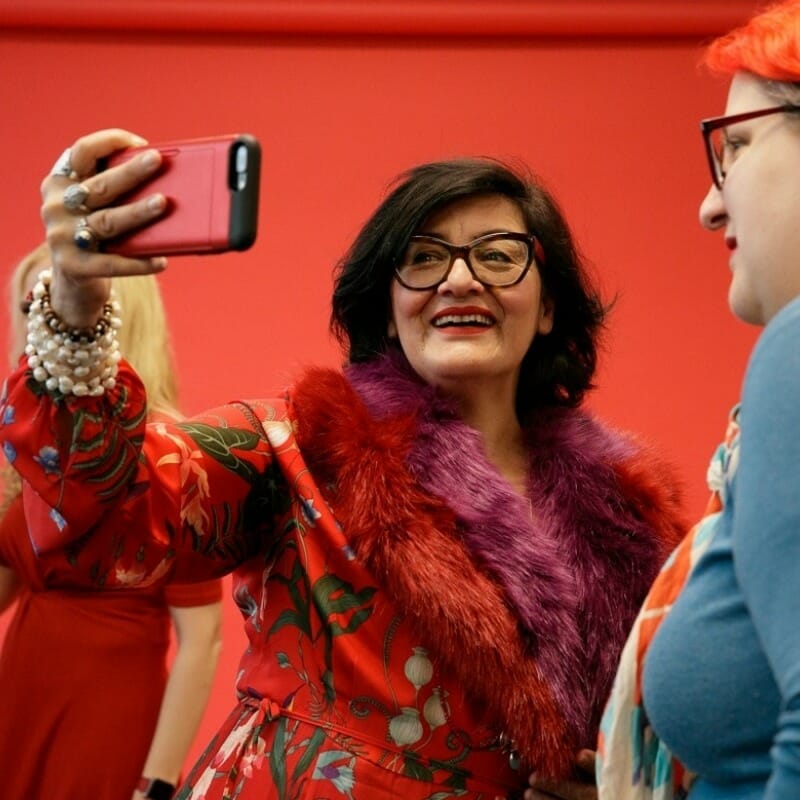 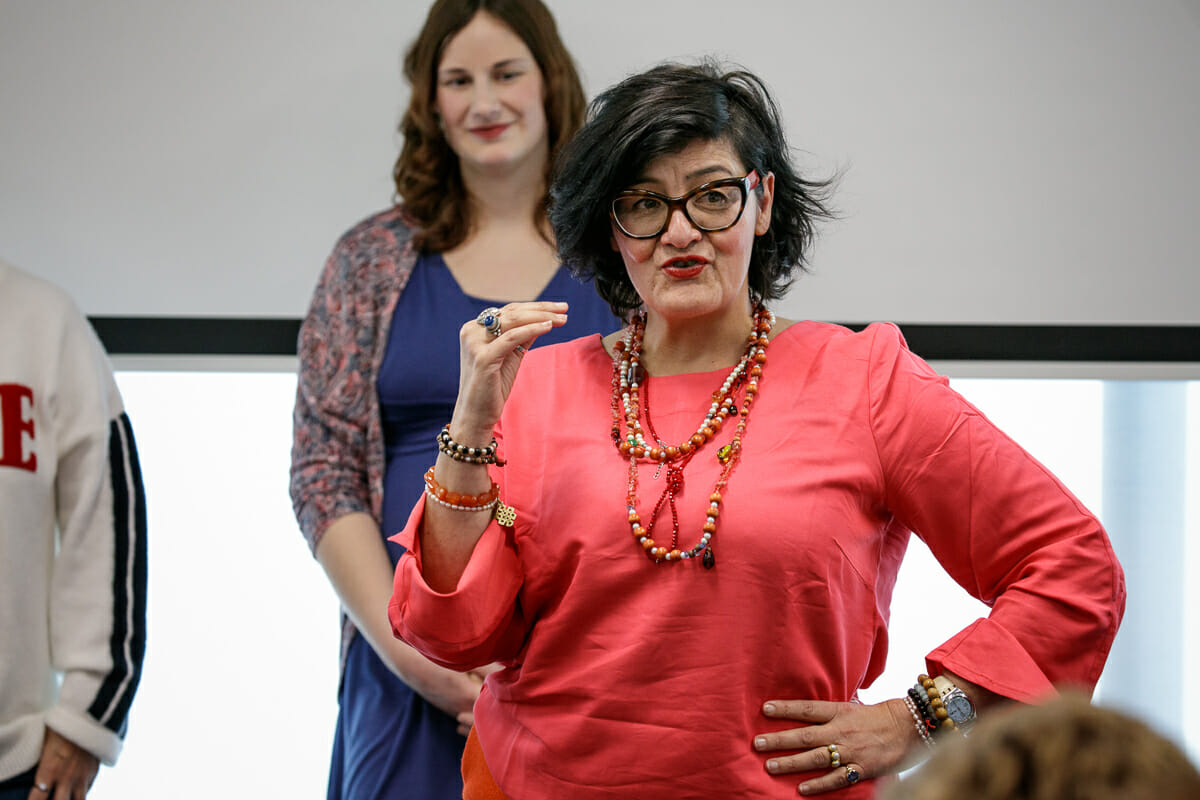 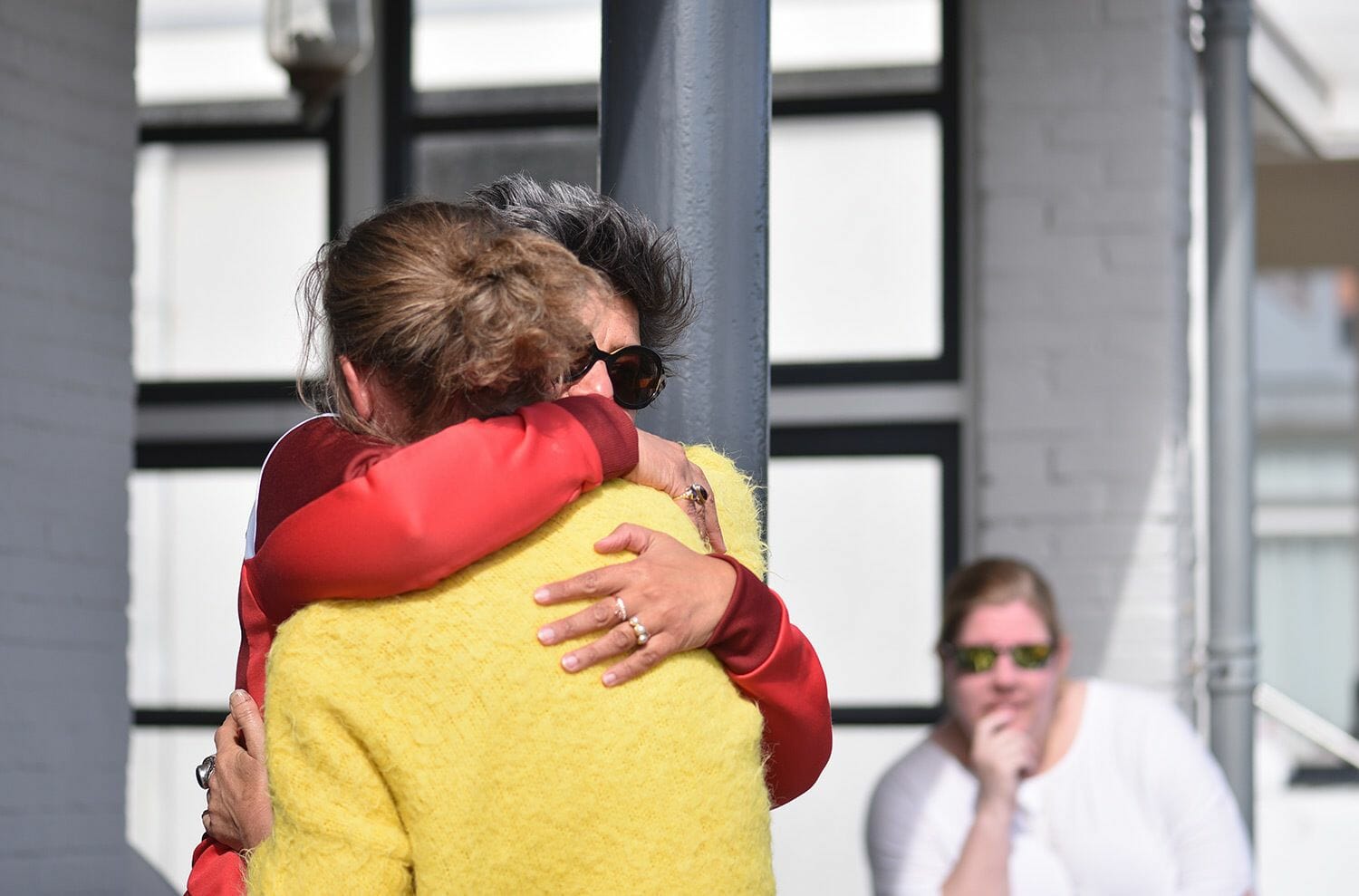 Q 5. ARE YOU A REGULAR BUSINESS COACH?

A. No I'm not. I'm a Transformational Business Coach and Self-Love advocate (with 25 years of Business and Brand Strategist experience). What I want for you is your transformation. Never a fix.

I'm a soul whisperer, I hear and see things. I see you.

When a client requests my support I can see her future and past. I can see what's truly possible for you and it's my job to support you on your path of alignment. 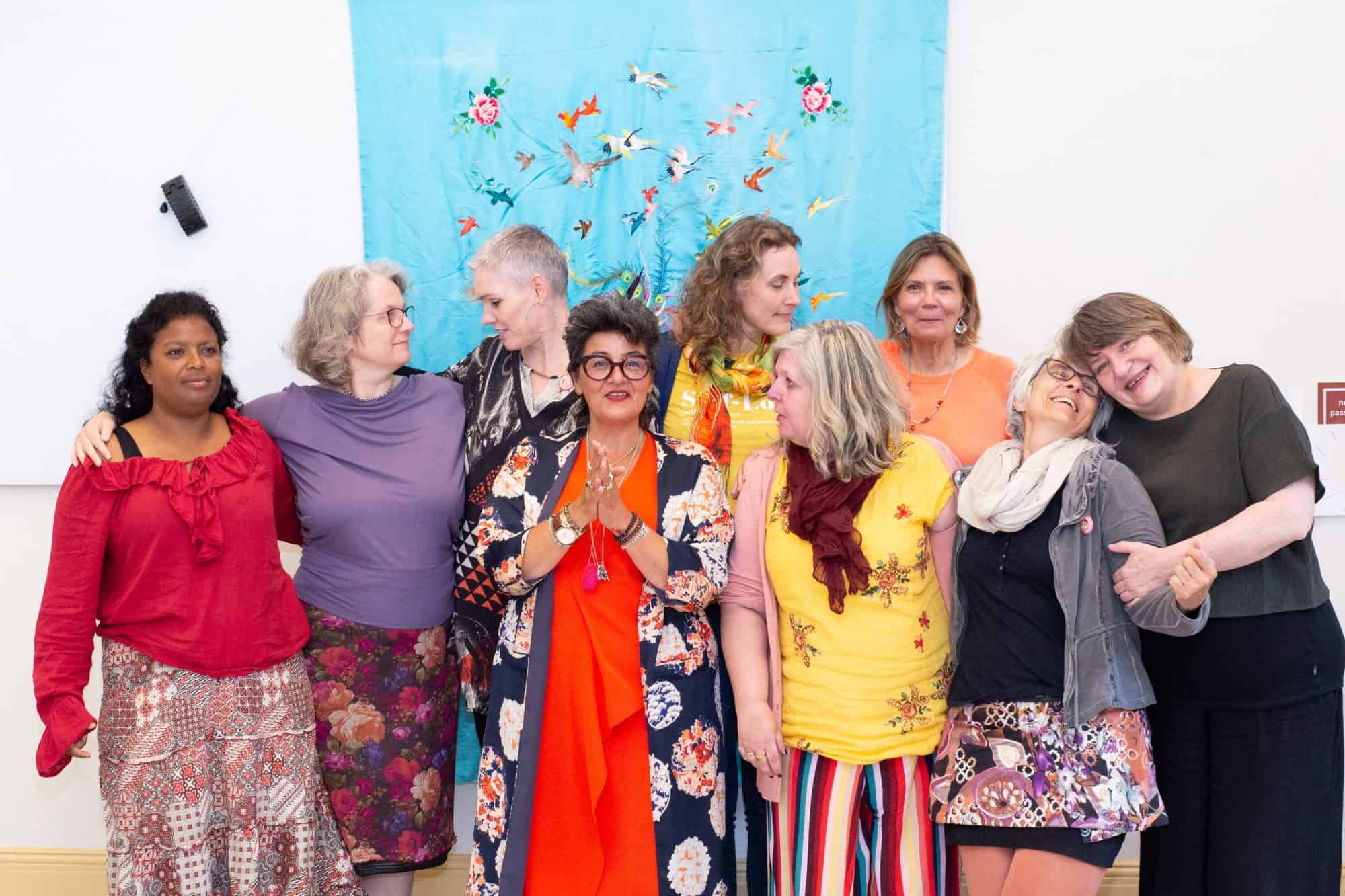 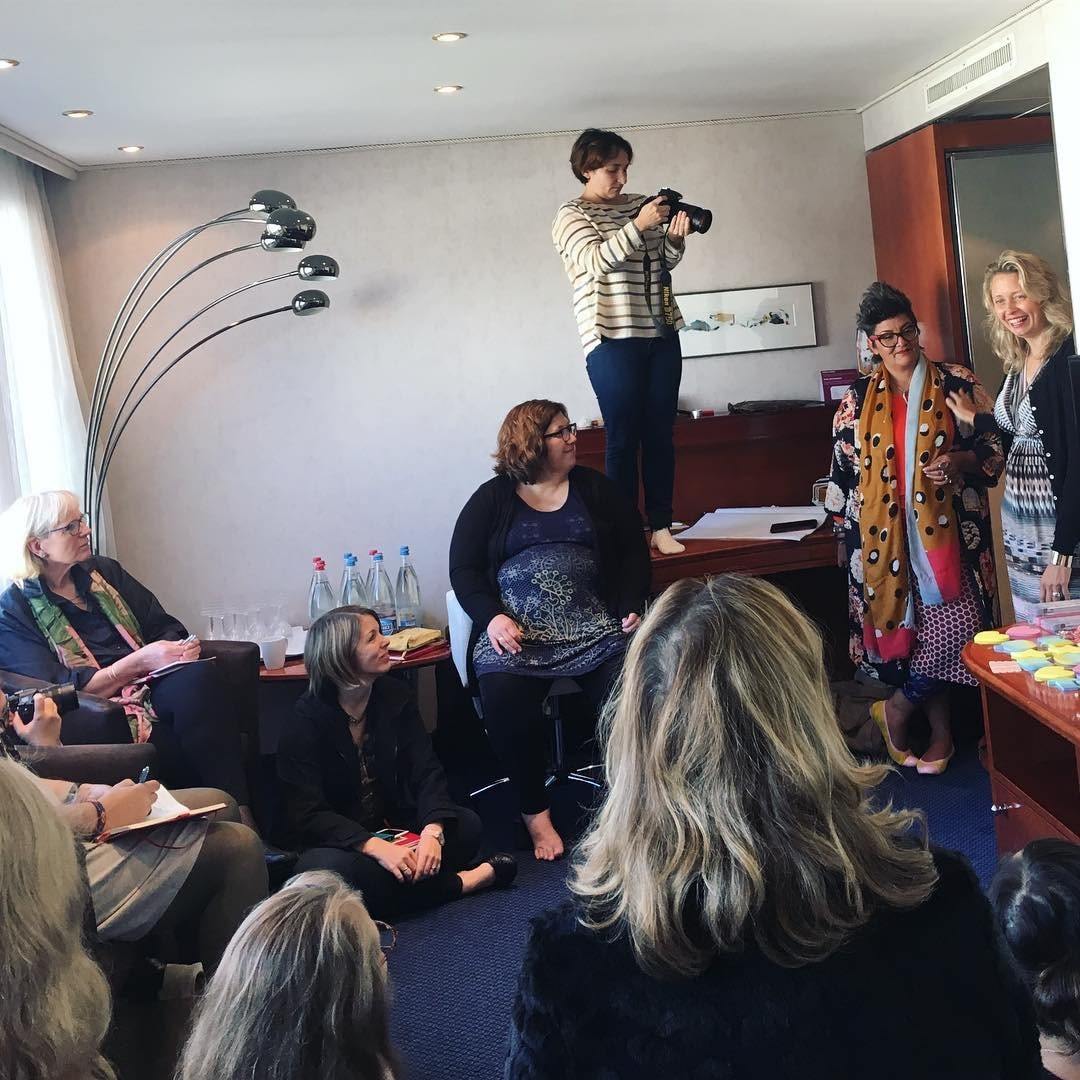 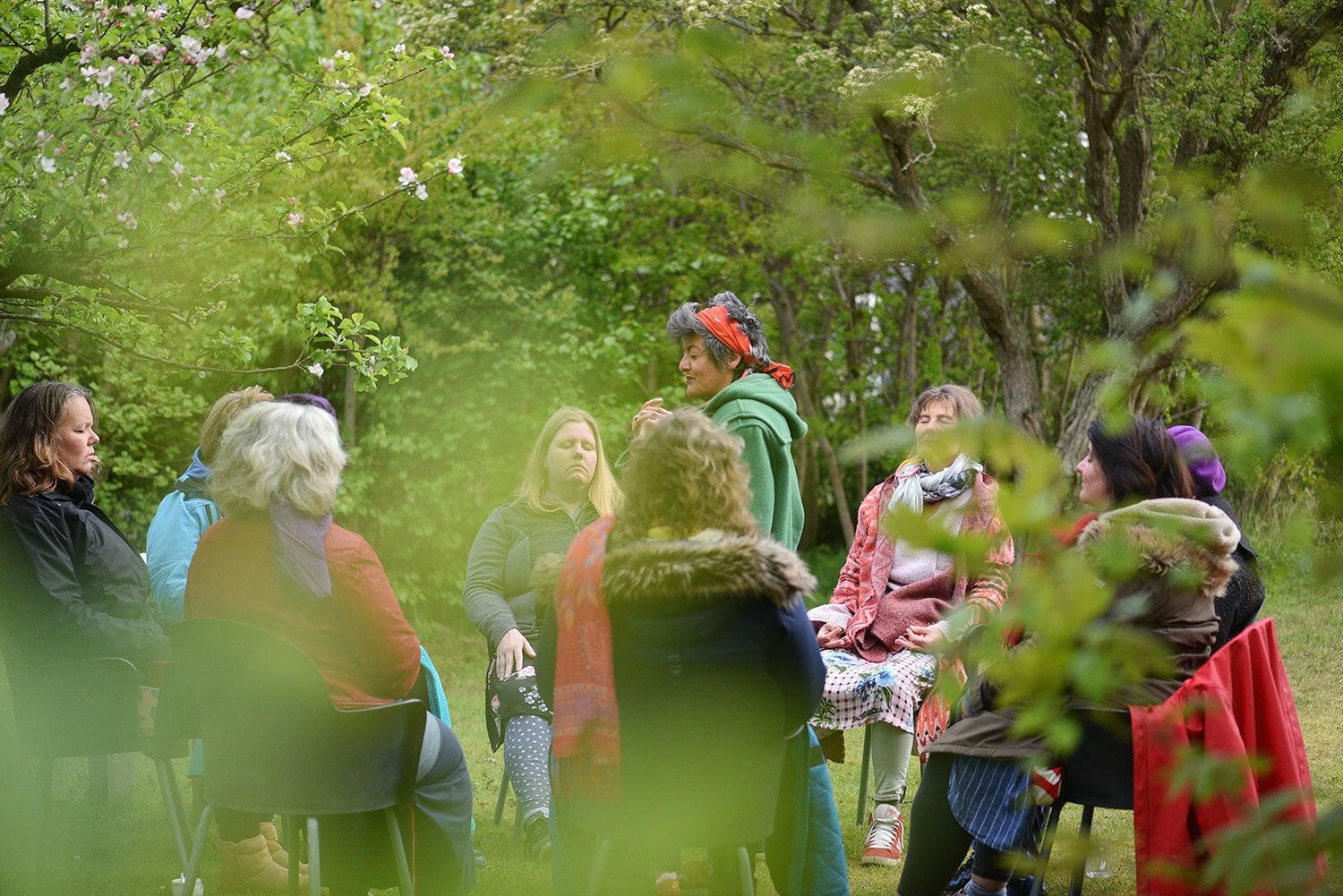 The Real You Week Retreat in Schiermonnikoog 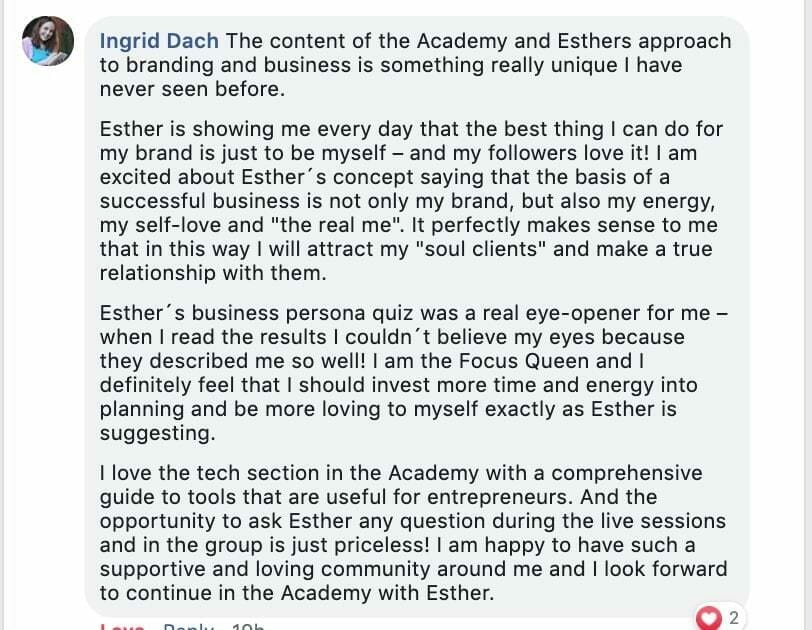 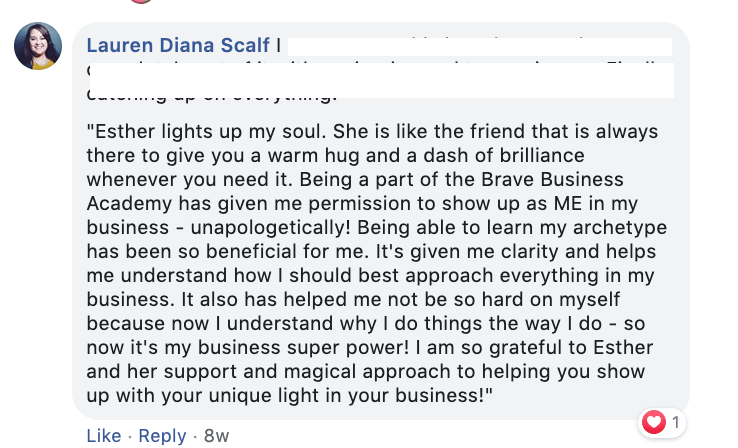 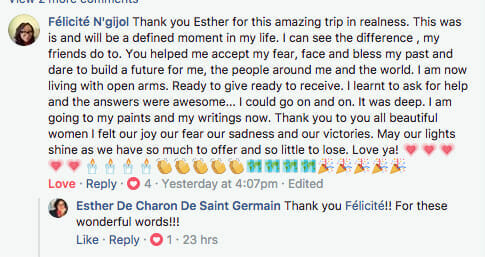 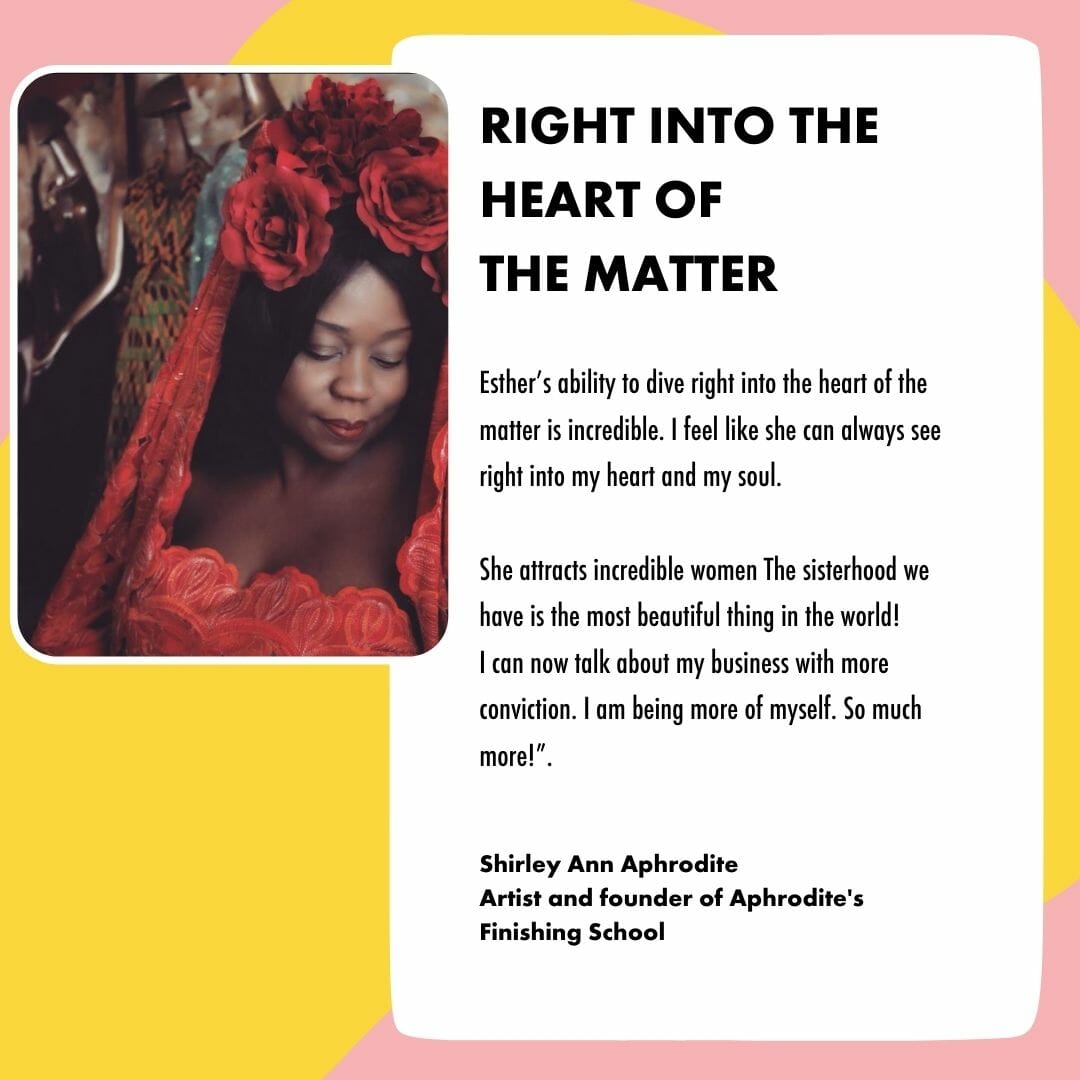 Q 6. WHO ARE YOUR CLIENTS

A. My clients are women entrepreneurs from over 67 different countries. They live all over the globe, in big cities and tiny villages, at the sea, in the mountains  . . . and they are amazing.

They are brave entrepreneurs. Being fully authentic is very important to them. Their deepest desire is to grow their business on their own terms!

Many are entrepreneurs with established business, making multiple 100K figures and changing the world every day. Some are just starting out and are ready to take their business to the next level.

Their businesses are growing because THEY are growing. The magic mix of self-worth, consistent action, showing up, connection is  They connect to their soul clients, or because they are leading a tribe that grows day by day.

My clients long to co-create big changes, or to take a small step towards big change. To go from feeling stuck, indecisive and perfectionistic to that wonderful state of flow and ease, where it feels like they are the ones who are in control. Or to step into that very important next level.

While remaining fully aligned to their brave personality and their Soul's Purpose.

They are smart - really smart - sensitive, and have a gazillion ideas, passions and interests.

Somehow they decided to come home to their Soul. They said “Enough is enough, I need change in order to move forward. Real Change.”

That took guts. And heaps of self-love. If you want to meet them come over to the Brave Leap Mastermind Sisterhood !

Read some of their recommendations here. 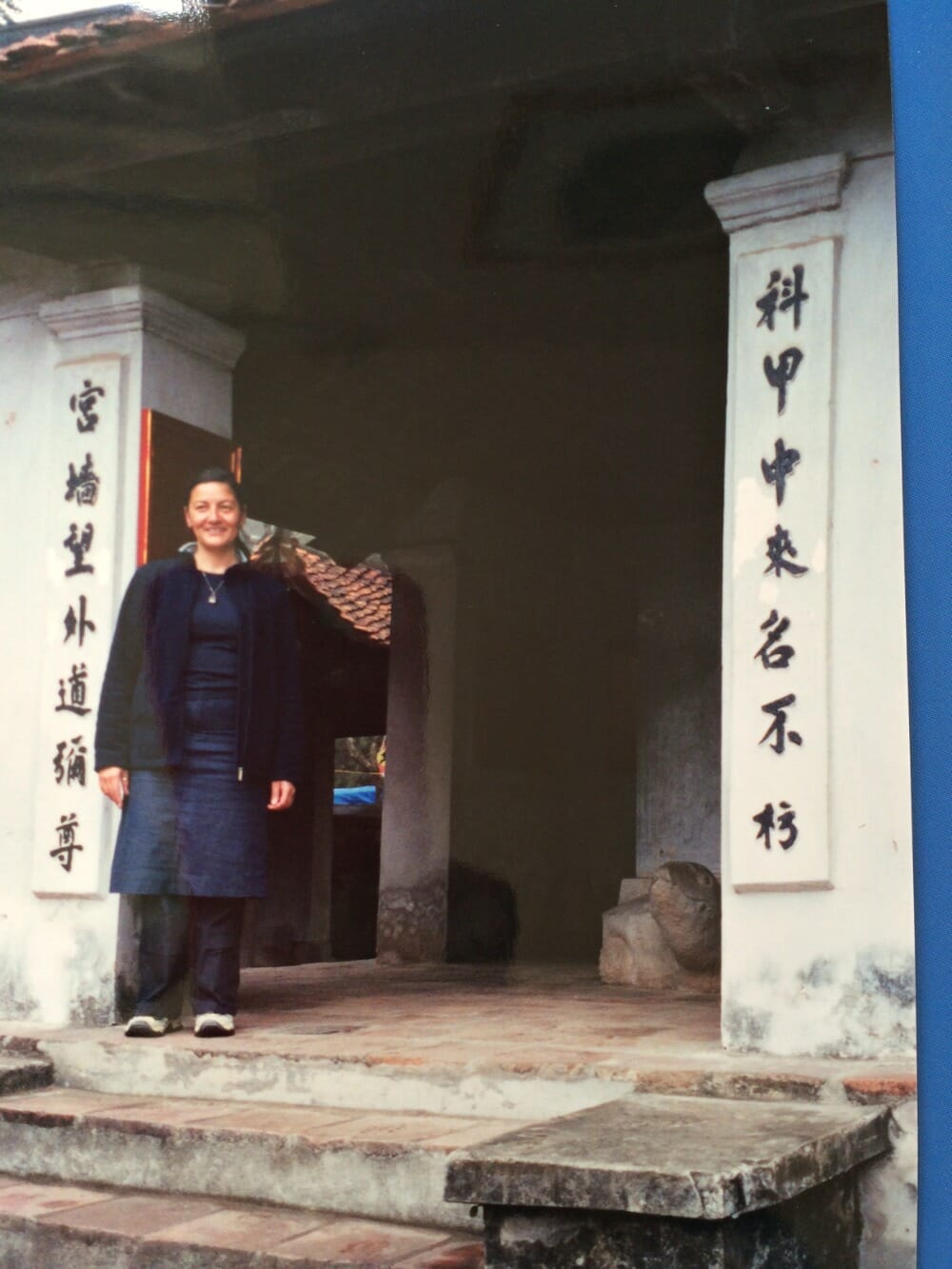 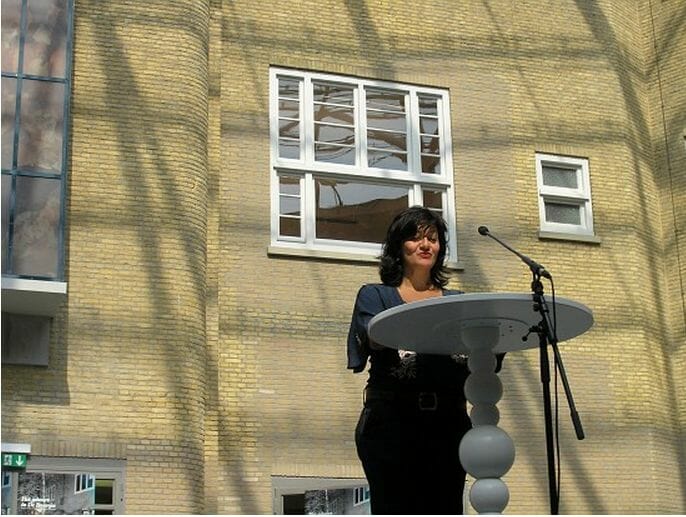 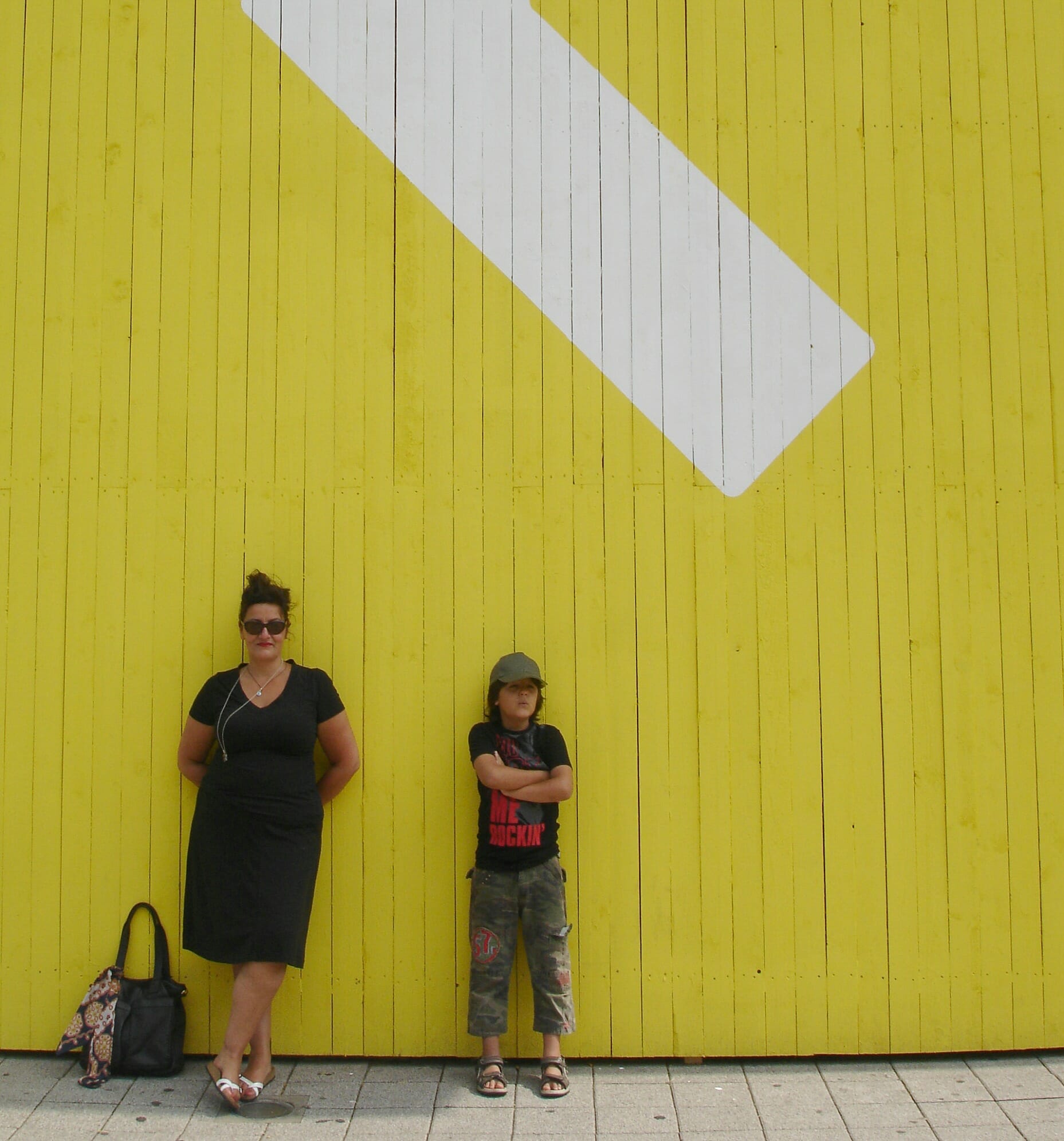 Q 7. TELL ME SOMETHING ABOUT ESTHER THAT'S NOT BUSINESS RELATED

1. I travelled through Asia by myself for months - long before social media and I loved being off the grid for months (this is me somewhere in Vietnam).

2. I found love at 40, married and bought my first house at 41, became a mother at 42.
My business went from almost broke to multiple 6-Figures at 52.
My son is a teenager now and seeing him grow into himself is the most amazing adventures. I'm still speechless.

3. I only use organic skin care, because we've got to take care of nature and also because it smells so good.

4. I co-produced a Dutch documentary about the relationship between the Netherlands and Indonesia and traveled through Indonesia for months with two well known Dutch journalists

5. I once looked at my visionboard and realized that I had manifested everything on the board.

6. My husband and I used to worked for the same design agency. The only things we said to each other was hi and bye. For more than two years.

7. When I go to the Spa the only thing I do is sitting in the hottub and looking at the clouds. 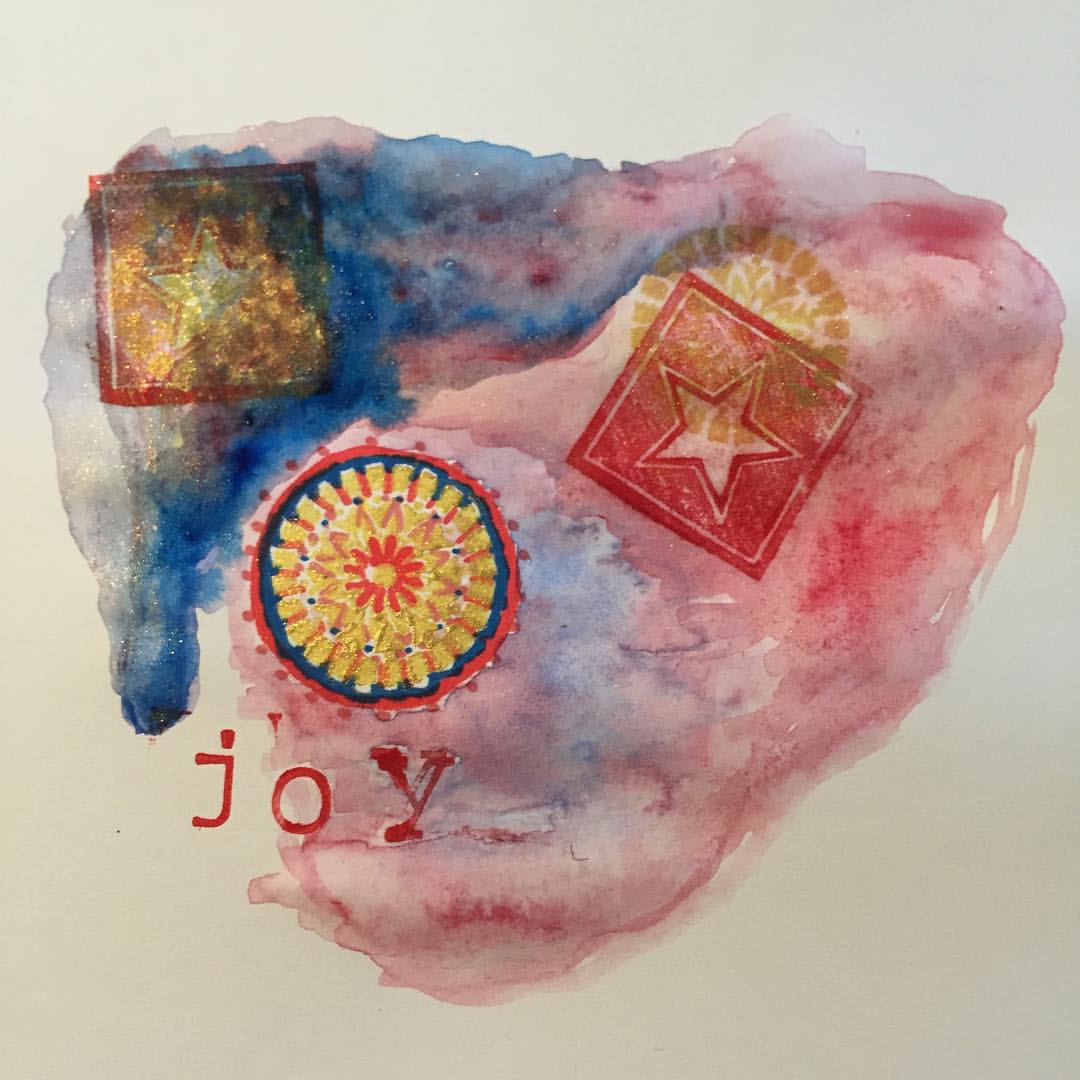 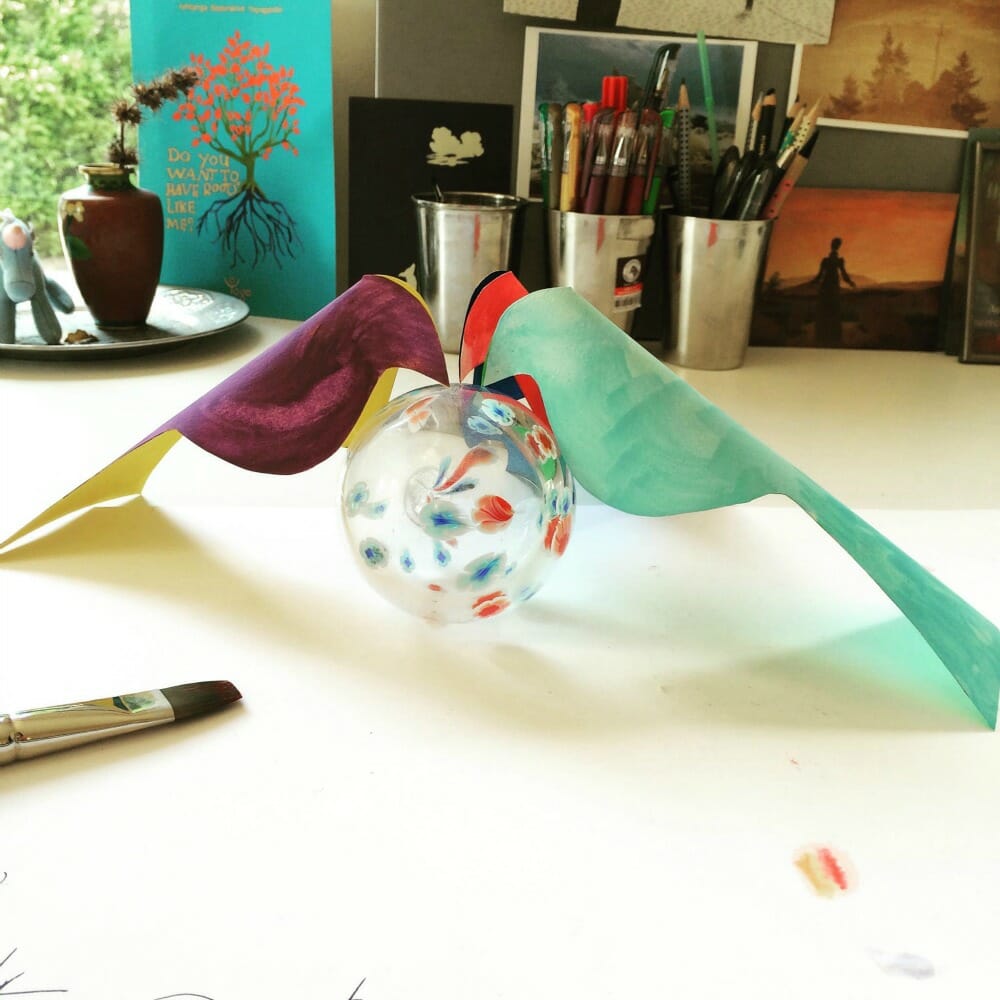 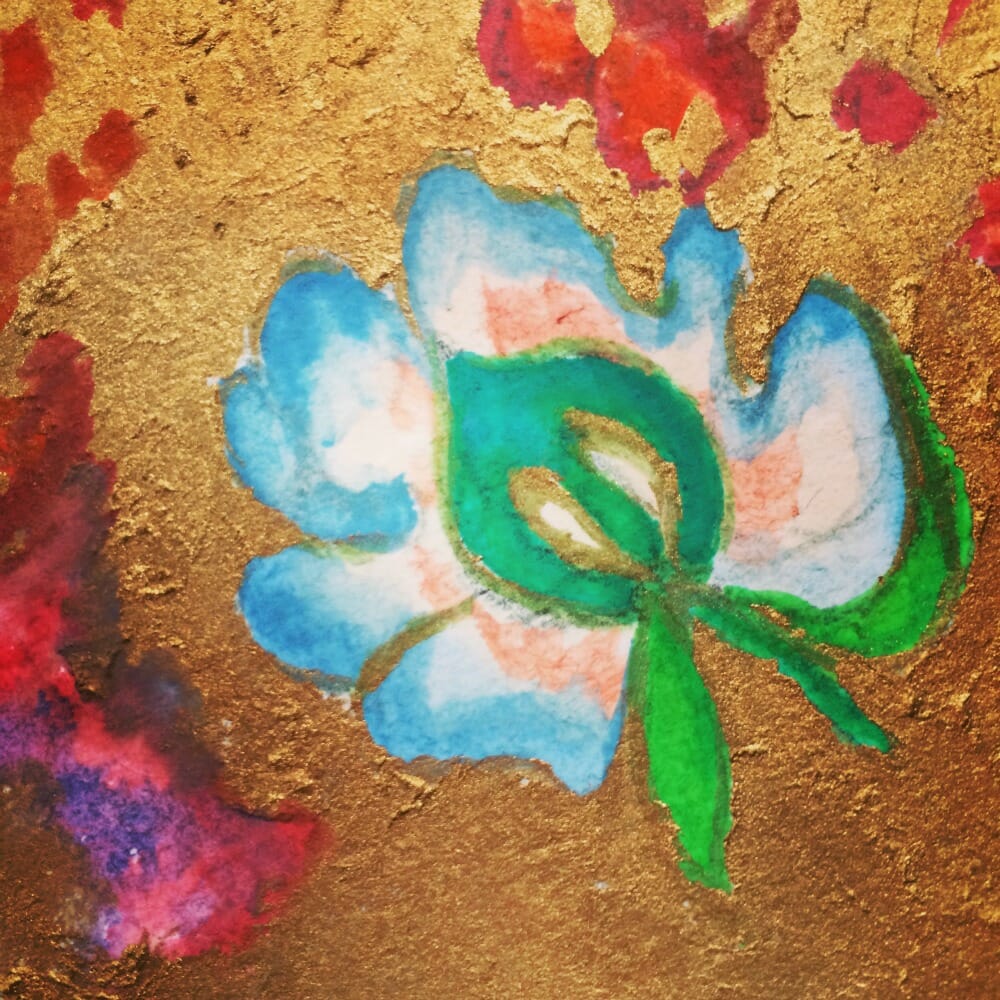 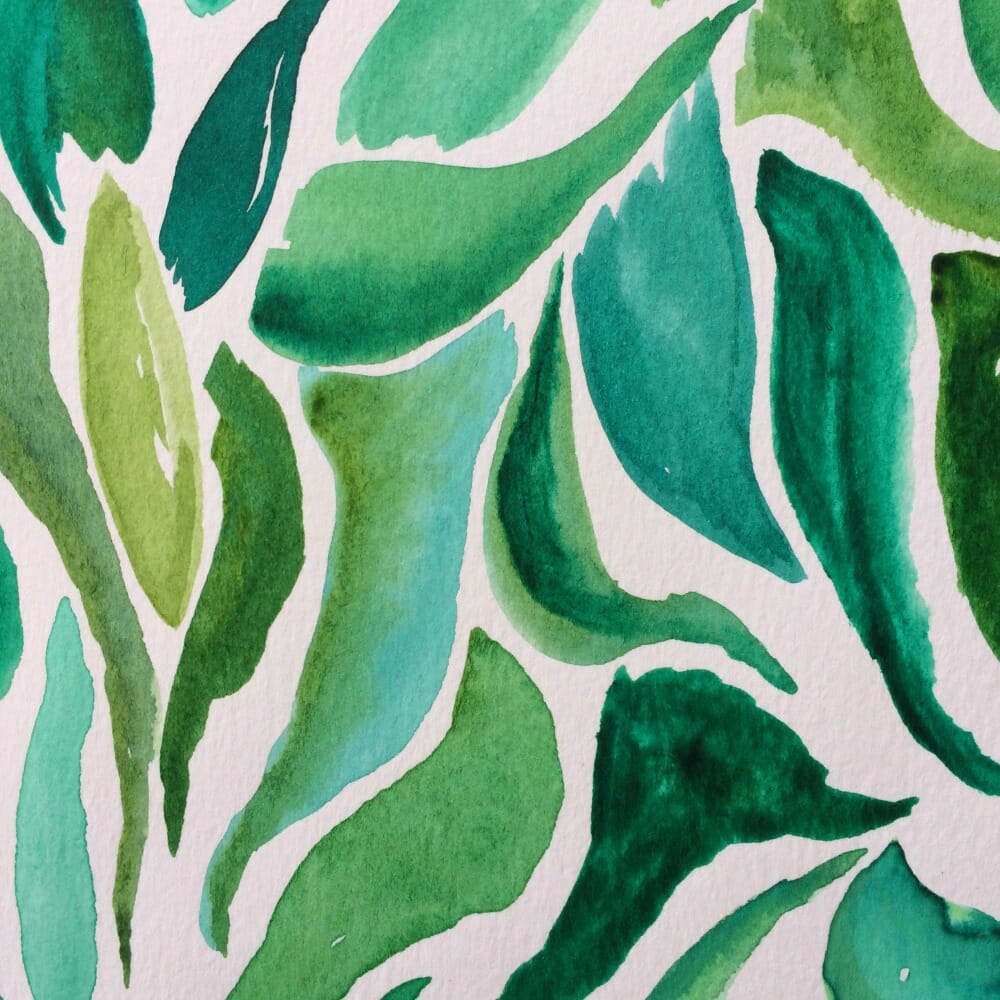 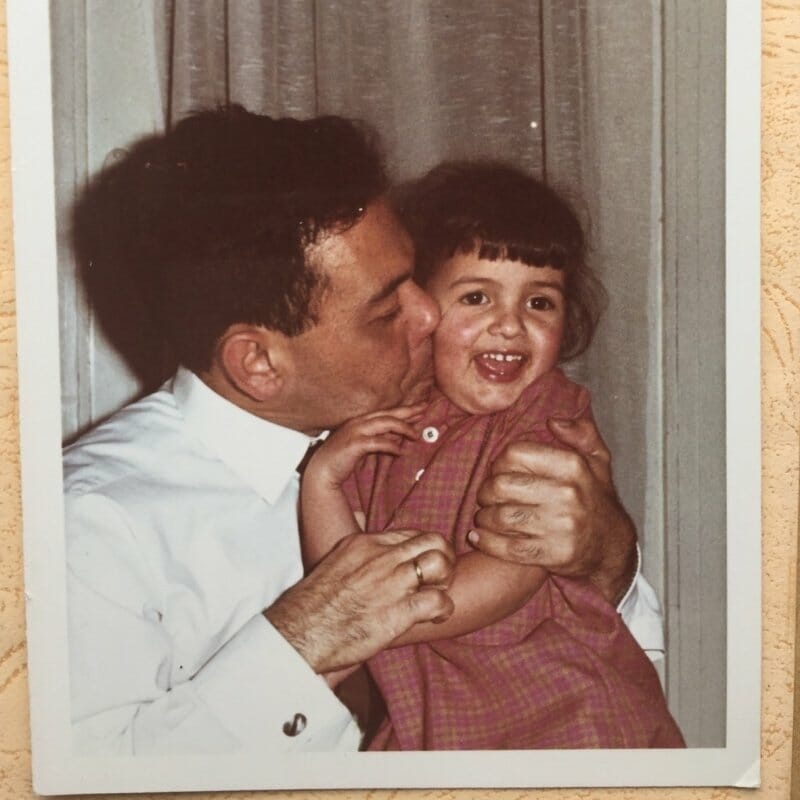 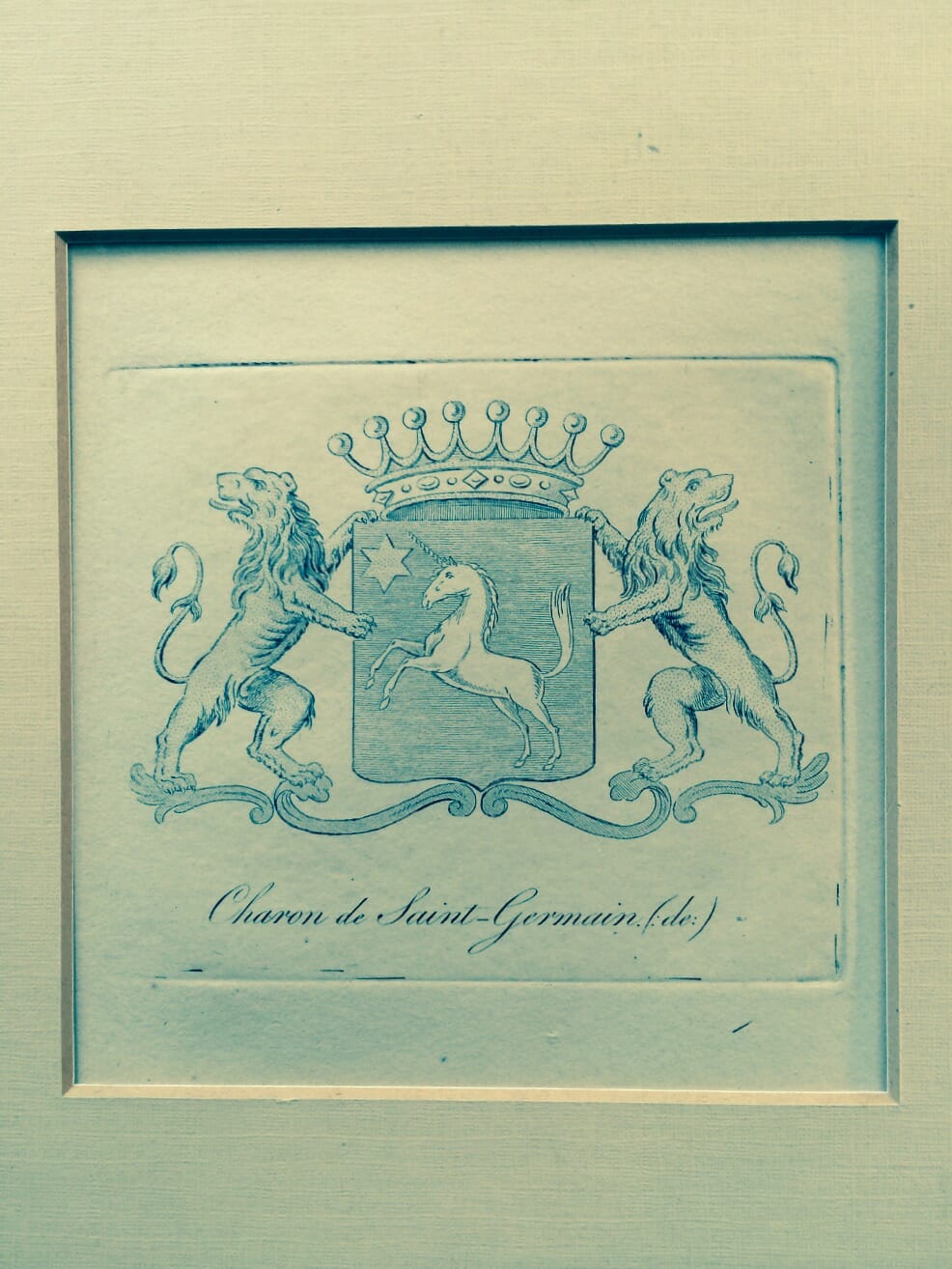 A. In case anyone wonders.

Yes, this is my real name.

Yes, there’s a coat of arms (family crest thing). Look at the fierce unicorn and lions

Or as my aunt says: ‘onkruid vergaat niet’ (weed never dies
So, yes, that's my real name.
About 5 centiliter of ‘real Dutch blood’ runs through my veins. My father is born and raised in Indonesia, he was born in the time when Indonesia was a Dutch colony. Meaning we are ‘Indo’s’ with a mix of Indonesian and Dutch blood.

After the Massacre of St. Bartholomew’s Eve in 1572 the French Huguenot family de Charon de Saint Germain fled from France to the Netherlands. From there they traveled to the former Dutch Indies.

Pretty soon my great grandmother (this part of the story depends on whom tells the story) had an affair with an Indonesian prince (or maybe he was a gardener). Out of wedlock she got a beautiful brown skinned multi-racial baby. And that’s where I come from.

My mother is half Swiss, and I was brought up with the idea that everybody on this earth is first a human being, then a cosmopolite and only than an inhabitant of a country. 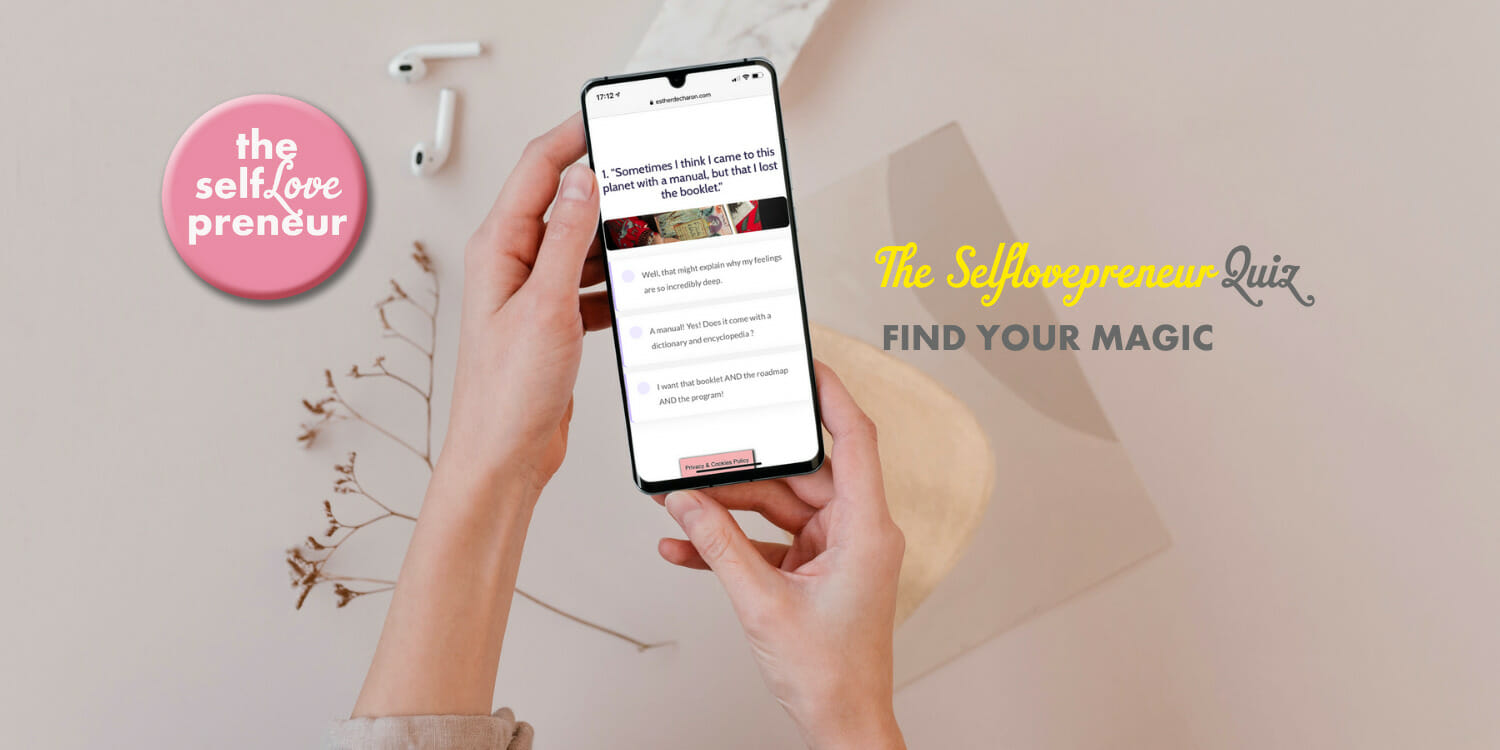 Does it feel like your business success is always out of reach? Take the Free Quiz and discover your Selflovepreneur Magic [because you deserve what you desire]

This website uses cookies to improve your experience while you navigate through the website. Out of these cookies, the cookies that are categorized as necessary are stored on your browser as they are essential for the working of basic functionalities of the website. We also use third-party cookies that help us analyze and understand how you use this website. These cookies will be stored in your browser only with your consent. You also have the option to opt-out of these cookies. But opting out of some of these cookies may have an effect on your browsing experience.
Necessary Always Enabled
Necessary cookies are absolutely essential for the website to function properly. This category only includes cookies that ensures basic functionalities and security features of the website. These cookies do not store any personal information.
Non-necessary
Any cookies that may not be particularly necessary for the website to function and is used specifically to collect user personal data via analytics, ads, other embedded contents are termed as non-necessary cookies. It is mandatory to procure user consent prior to running these cookies on your website.
SAVE & ACCEPT